Interview with Lars Joosten, the designer behind the GRAIL Anniversary ring. 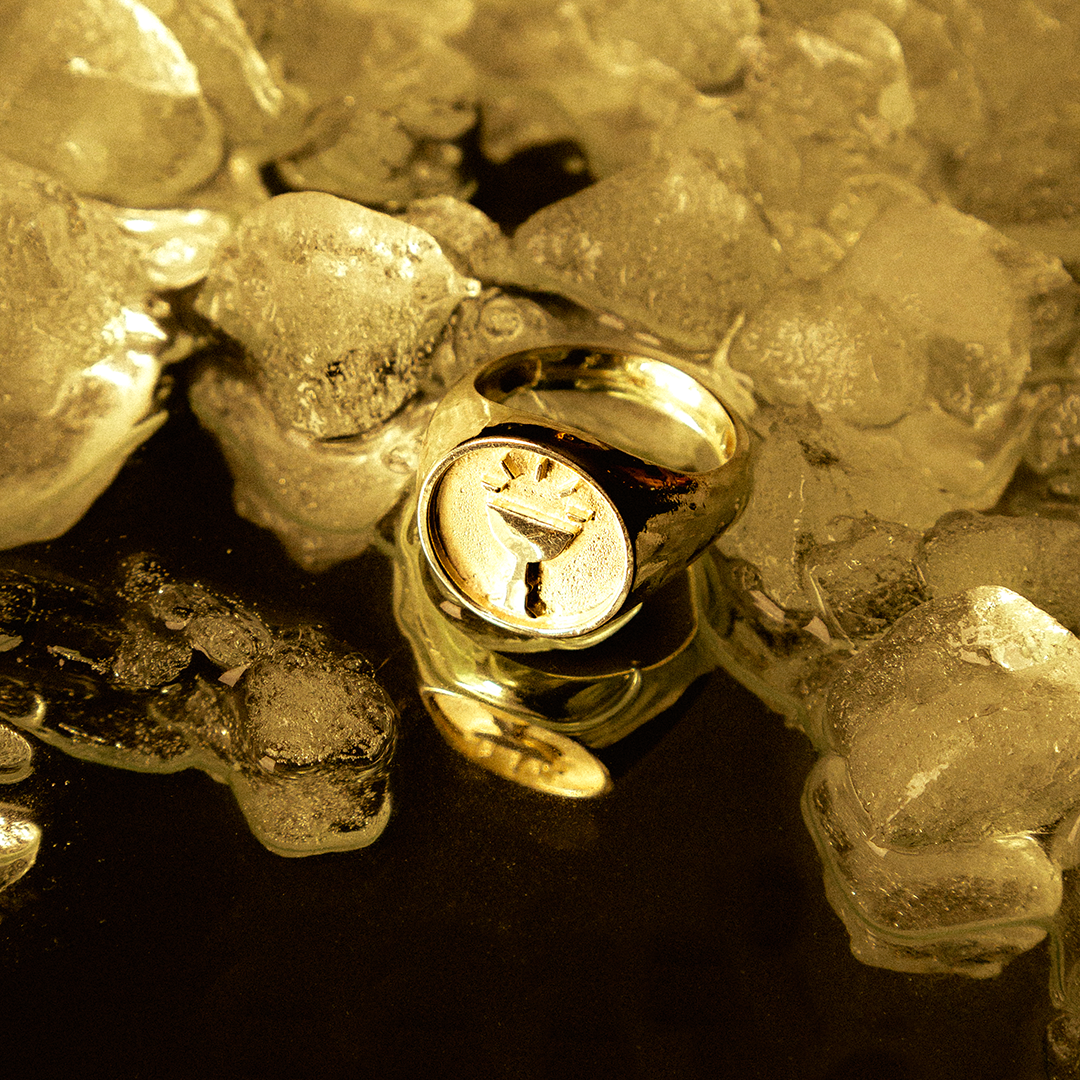 For our 5th anniversary we made a special item, the GRAIL Anniversary Ring.
After 1.5 years of working on this project, we are proud to present it. The ring was conceived and made in collaboration with Lars Joosten, a young jeweler and friend of the shop. We sat down with Lars Joosten for a short interview, what made him a jeweler? And how is the GRAIL ring made? Check it out now in the interview below.

How did you get started on this idea and how do you work it out?
I had the idea for a long time to make a more traditional piece of jewelry. At the top of my list was the signet ring, one of the most iconic and timeless pieces of jewelry. As soon as I had the chance, I presented the idea and the enthusiasm surrounding the project was immediately generated.

After several brainstorming sessions and sketches, we were certain about one thing: the well-known “GRAIL Cup Logo” must be on the ring. The “GRAIL Cup Logo” was the perfect seal as it has a classic touch but still has nice clean lines. I make the first drawings in a 3D drawing program to get a good picture of the ring. I 3D printed the first designs in castable wax. Normally a signet ring is cut from wax by hand, but that was not possible due to the clean lines of the design. 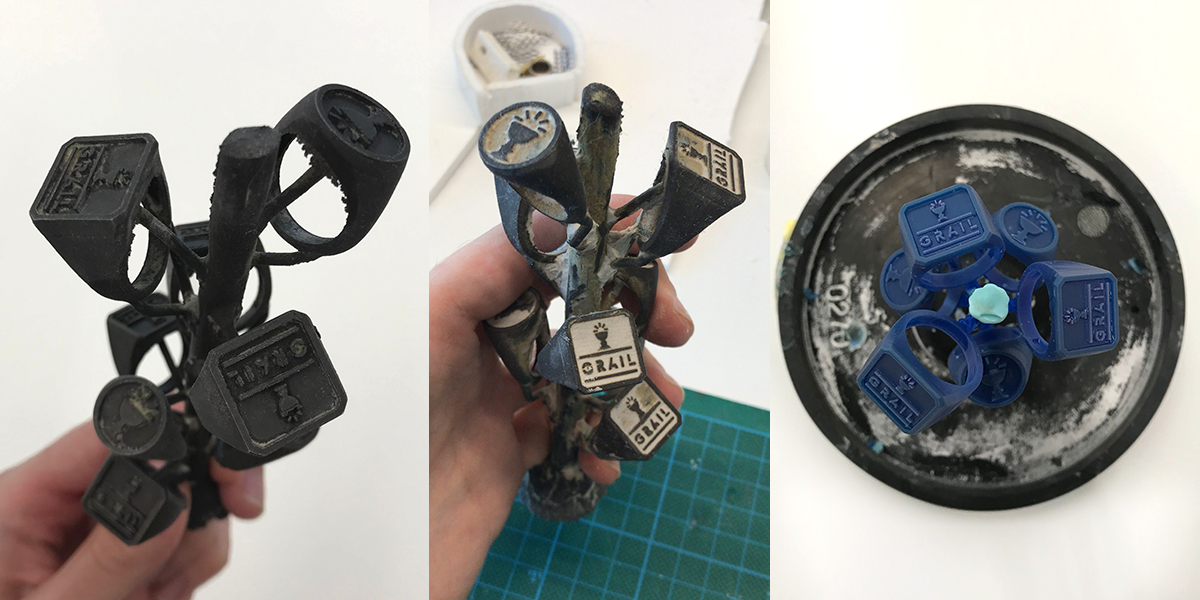 Then I selected the final design together with Floyd and Sjuul (owners of GRAIL).
Eight wax models of the design are connected to each other with wax rods on a large wax rod. In the end, a wax 'tree' remains.

This is covered with heat-resistant plaster to make a mould. When the plaster has set, the wax is burned out in an oven, resulting in a super detailed mold of the 3D-printed wax models. 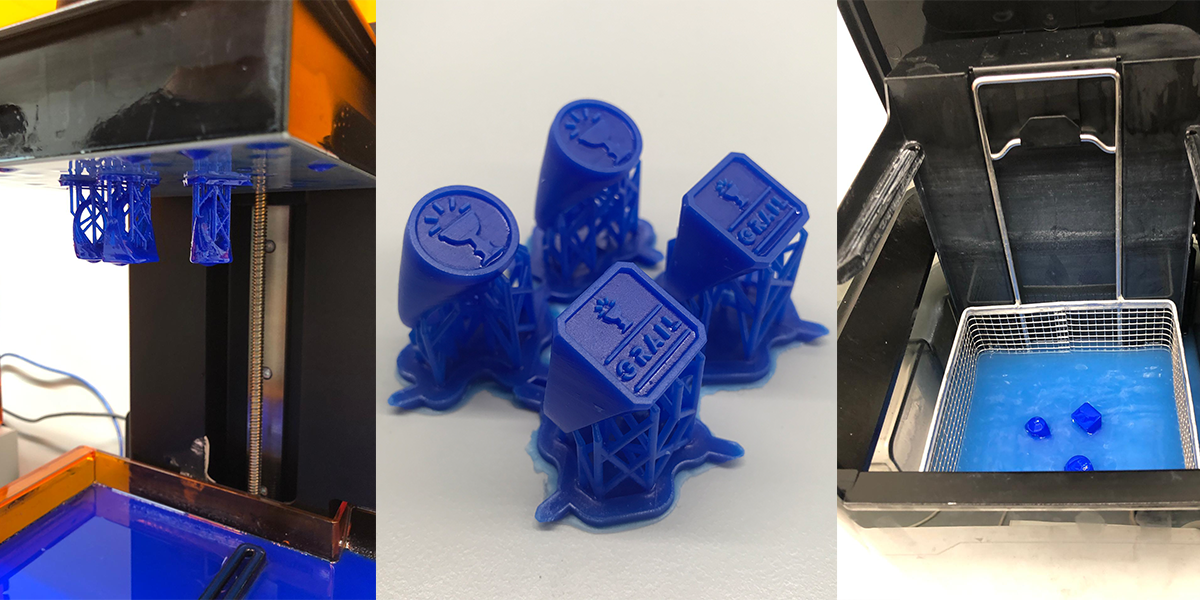 What prompted you to start making jewelry?
It all started after I graduated from art school. They offered an extensive program to learn how to design, but through jewelry. Previously I was more often involved with large installations and sculptures, so it seemed interesting to me to learn to work smaller so that I could expand my skills and vision. For me, the challenge lies mainly in inventing new systems and jewelry with a deep underlying meaning. I think the beautiful thing is the relationship between body and jewelry, just like with clothing, it is something that you wear and with which you can express yourself.

What was the best thing about designing the ring?
During the process, I came to the store almost weekly to discuss progress and opportunities. The great thing about this was to be able to design a ring for my No. 1 shop where I have been coming since the beginning. To see the project now as a finished product is simply wonderful. 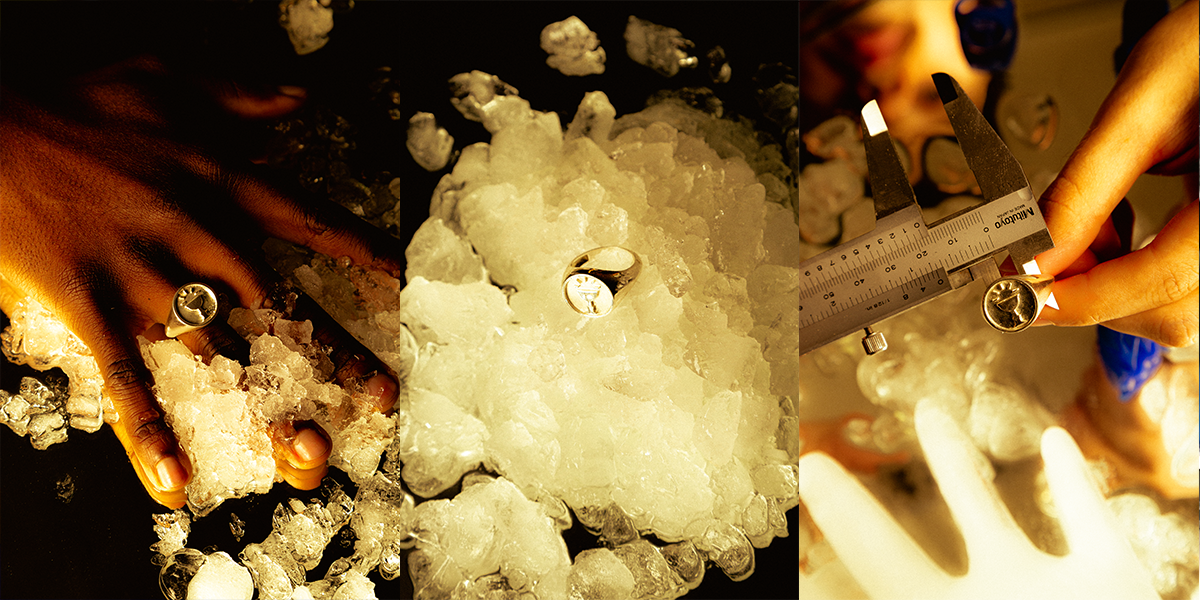