On March 16, 1966, at 704 East Broadway in Anaheim, California, brothers Paul Van Doren, James Van Doren and Gordon C. Lee opened the first Vans store under the name “The Van Doren Rubber Company”. The business manufactured shoes and sold them directly to the public. On that first morning, twelve customers purchased Vans deck shoes, which are now known as "Authentic". The company displayed three styles of shoes; priced between $2.49 and $4.99, but on opening day, the company had only manufactured display models without any inventory ready to sell—the store’s rack boxes were empty.

Nevertheless, the twelve customers selected the colors and styles they desired, and were asked to return later in the afternoon to pick up their purchases. Paul Van Doren and Lee then rushed to the factory to manufacture the selected shoes. When the customers returned that afternoon to pick up their shoes, Paul Van Doren and Gordon C. Lee realized that they had forgotten to maintain a cash reserve to provide change to customers. The customers were therefore given the shoes and asked to return the following day with their payments. All twelve of the customers returned the following day to pay for their items.

The original version of the Vans skateboard logo was designed in Costa Mesa, California in the 1970s by Mark Van Doren at the age of 13. Mark, the son of then President and co-owner James Van Doren, designed the logo as a stencil to be spray painted onto his skateboards. The logo was originally introduced as the heel tab for an early Vans’ skateboard shoe, named Style 95, the logo has since then become an integral part of Vans history.

In 1977, “The Old Skool” debuted as "Style 36", and showcased the iconic Vans sidestripe. What started as a random doodle by Paul Van Doren was originally referred to as the "jazz stripe", and over 35 years in the making, the sidestripe has become the iconic mark of the Vans brand.

Looking back on the ‘80's, Steve van Doren recalls how popular customization became in those days. People realized the possibilities of the simple idea of pulling a pen out and customizing their shoes. Vans' Old Skool style offered the particular perk of many panels and material parts that could be changed to anybody's liking. Over time, an endless array of color and pattern variations became available.

Since the 2010s, The Old Skool has been popular among athletes and skaters. A versatile style to complement individual riders' aesthetics, and a functional tool to their craft, the Old Skool is an easy one to love. As mentioned to the Old Skool throughout the decades, Old Skools speak the language of the current collections as a whole. From heritage colorways dating back to the 1960's and 1970's to reissued prints and patterns from the archives featuring the original Van Doren heel tab, this expanded assortment is all about color, patterns, and materials. Catering to individuals from every corner of every spectrum, the Old Skool does what Vans does: grow with and celebrate the people who love the Vans on their feet.

Vans continues to pay homage to their original factory location in Anaheim with the fresh-faced Style 73. First introduced in the early 90s as the Epoch Sport, this low-cut option boasted a rarely-seen “Flying V” logo on the side. Similar to the cult classic "Jazz Stripe" from the Old Skool, the Style 73 logo is cherished among Vans collectors. Reintroduced in recent years under the elevated Vans Vault category, the Style 73 continues its revival with a premium Anaheim Factory collectio. With a suede construction and leather “V” logos, this new Anaheim edition borrows throwback details from the original version including glossed sidewalls and higher foxing tape, while adding Ultracush sockliners to give your feet modernised comfort. 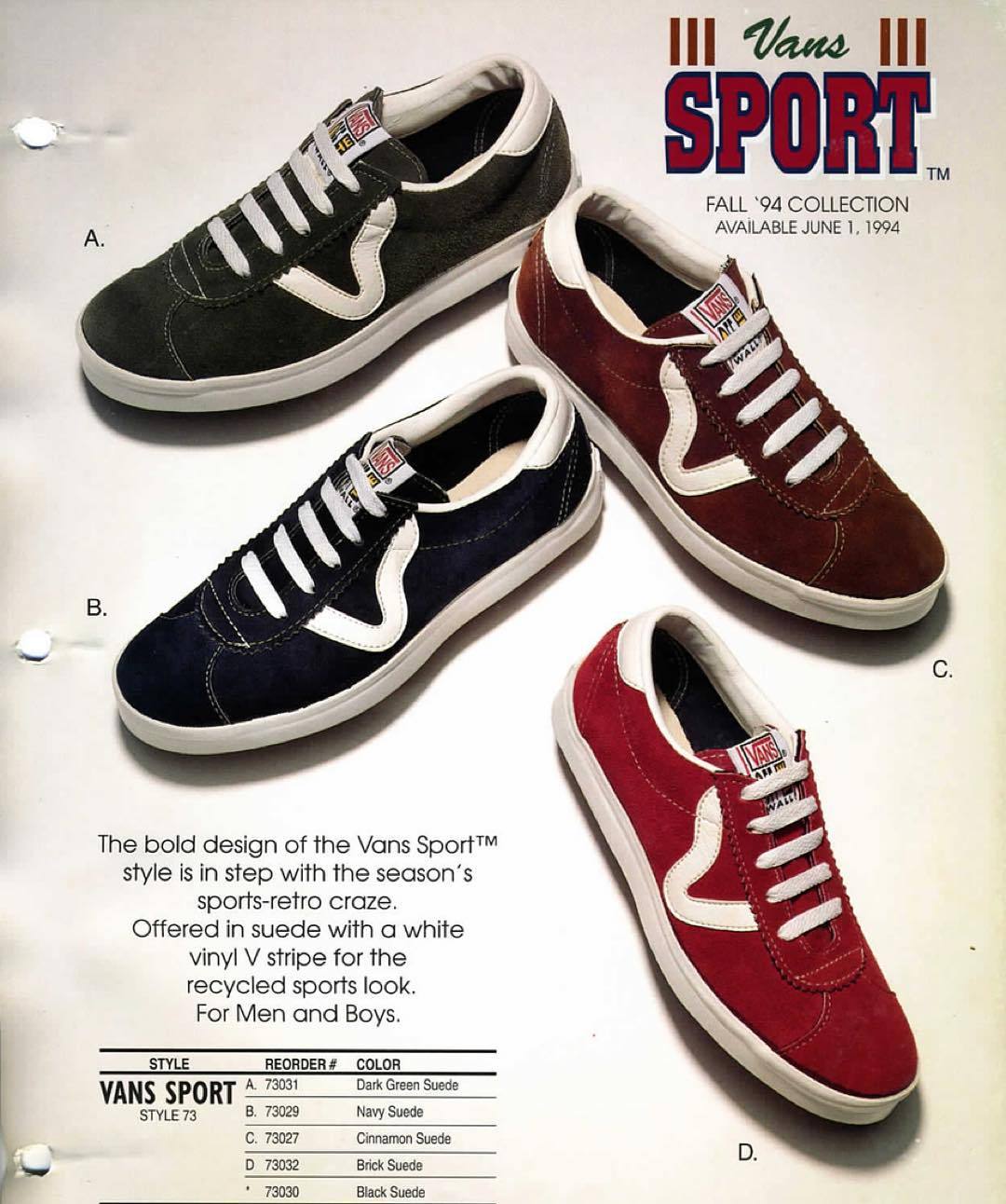 You can find the new Vans Anaheim Collection here!